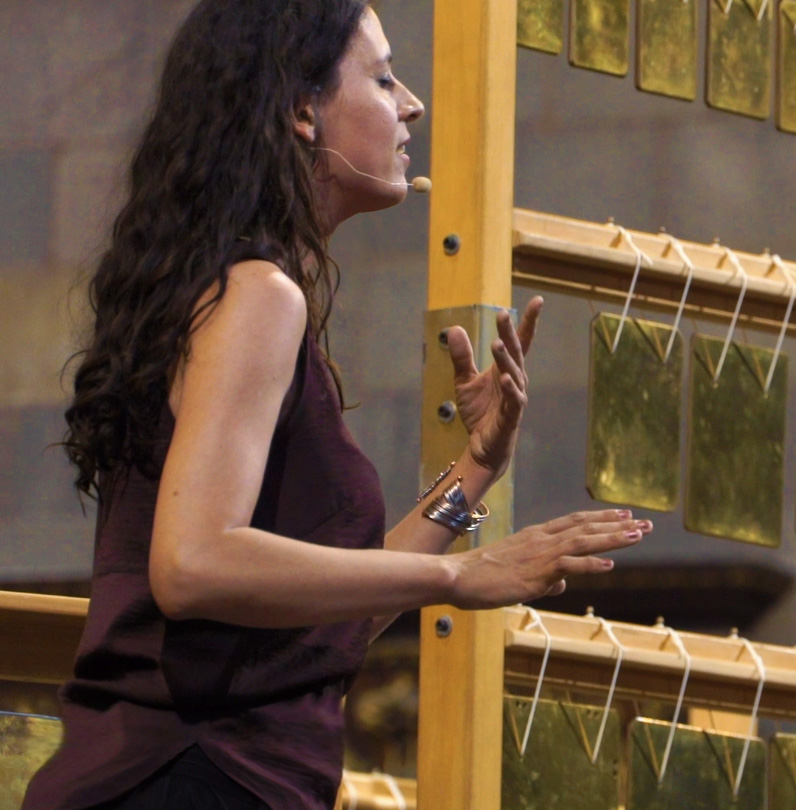 Cumie’s voice soothes and caresses, then pushes to new heights of pleasure. Pulsing rhythms meet passionate lyrics of modern life. With fiery grooves or flowing tones, she sings in English, Spanish and many other languages from around the world. Audience reaction often recognizes Cumie as, “One of the best singers we’ve ever heard.”

Cumie (“kyu-mee”) – American singer-songwriter, music producer, dancer and budding percussionist. She lives between Mallorca, Barcelona, London and New York; and travels through Europe & the US, giving concerts and workshops. Cumie did the creation process for Cirque du Soleil’s show TORUK (inspired by the movie AVATAR), and she is lead singer on the CD for TORUK. Cumie performed various times with Grammy-winner, platinum selling artist, Carlos Núñez, and she is preparing material for recording with a triple platinum UK male singer. Cumie has licensed her music for Emporio Armani ads with Megan Fox and Rafael Nadal, and was invited to record voice in a movie by director Alejandro González Iñárritu (Babel, 21 Grams, Amores Perros). Cumie has studied or performed with great masters like Bobby McFerrin, Baird Hersey, Dave Stringer, Akim Funk Buddha and more. She was a soloist with a 100+ member Gospel choir. Cumie is co-founder of SONICA PROJECT and founder of the collective DEEPWAVE Tribal Fusion, which creates music and dance shows with modern belly dancers and fusion musicians. She sings with MuOM, the only overtone singing choir in Spain. MuOM sang in a virtual reality 3D music video, for the band U2. Cumie’s range of songs spans more than 20 languages, and she’s an avid fan of overtone singing.